Keira Knightley’s latest sees her as a young singer/songwriter, Gretta, somewhat awash in New York City after a break up with her long time boyfriend, played by Maroon 5’s Adam Levine, who has just been singed to a prestigious record label and whom she herself helped launch into stardom by writing many of his songs. Enter down on his luck record producer Dan, played by Mark Ruffalo, who is at the bottom of a particularly destructive curve after the break up of his marriage and the parallel nosedive of his career, when he hears Gretta play one of her songs and something in it stirs up long forgotten hope within him. This is where the film opens, as we watch Gretta reluctantly being pulled onto the stage during an open mike night to perform, and as anyone who has ever played or sang in front of people for the very first time will know – you feel like a TOTAL KNOB, and Keira plays out the scene with the perfect mixture of nerves, anxiety and the frustration of being put on the spot.

It is her actually singing throughout the film, with a combination of live and dubbed recordings (she has sung on film before in ‘The Edge of Love’ (08), and was due to play Eliza Doolittle in a modern version of ‘My Fair Lady’ before the project fizzled out), which was a tremendously brave decision and although her voice is soft and tinged with uncertainty, The Red Dragon LOVES IT – it is affectionately sweet, and it also fits her character perfectly, as we learn Gretta simply writes and sings for her own pleasure and has no real interest in putting her work on the likes of Facebook and so on for commercial purposes, preferring to simply entertain her cat with it instead.

Herein lies a central aspect of the film, and one which I really love – the idea of taking music away from the stranglehold of large record companies and back into the hands of the musicians themselves. It’s revealed that the standard rate of return for an artist is about ten percent with their label taking the rest, and a comparison is made with the publishing industry where authors get about the same. This always seemed outrageous to me – in reality I’d be surprised if it weren’t below ten percent, and it’s great that the internet and technology in general have started to dismantle this monopoly. Keira herself is uniquely placed within this scenario as she’s married to the Klaxons’ keyboardist and co-vocalist James Righton.

Gretta and Dan decide to record their own album (the latter having effectively been kicked out of his own company) using creative guile and various locations around the city as backdrops, which is a great idea, and on the way they rediscover how to enjoy themselves and what music means to them, minus the pretension that can sometimes accompany films about the industry. The acting is universally great, including from supporting players Hailee Steinfeld, James Corden, Catherine Keener, CeeLo Green, Mos Def and the aforementioned Levine. I actually appreciated this more the second time around (I admit it, I’ve seen it three times now – each time it feels like a different movie somehow), and it managed to not only convince me to dust down my guitar (it was practically white) and finally put some playlists into the ‘Song‘ section, but also consider sorting out the large digital blob which is my music collection.

Written and directed by John Carney, the creative talent behind the indie favourite ‘Once’ (06), this is an uplifting film in which it looks like the actors had as much fun as the characters themselves, further advancing Keira’s penchant for choosing varied and interesting roles, in this case one that absolutely made The Red Dragon fall in love with her just a little bit more … 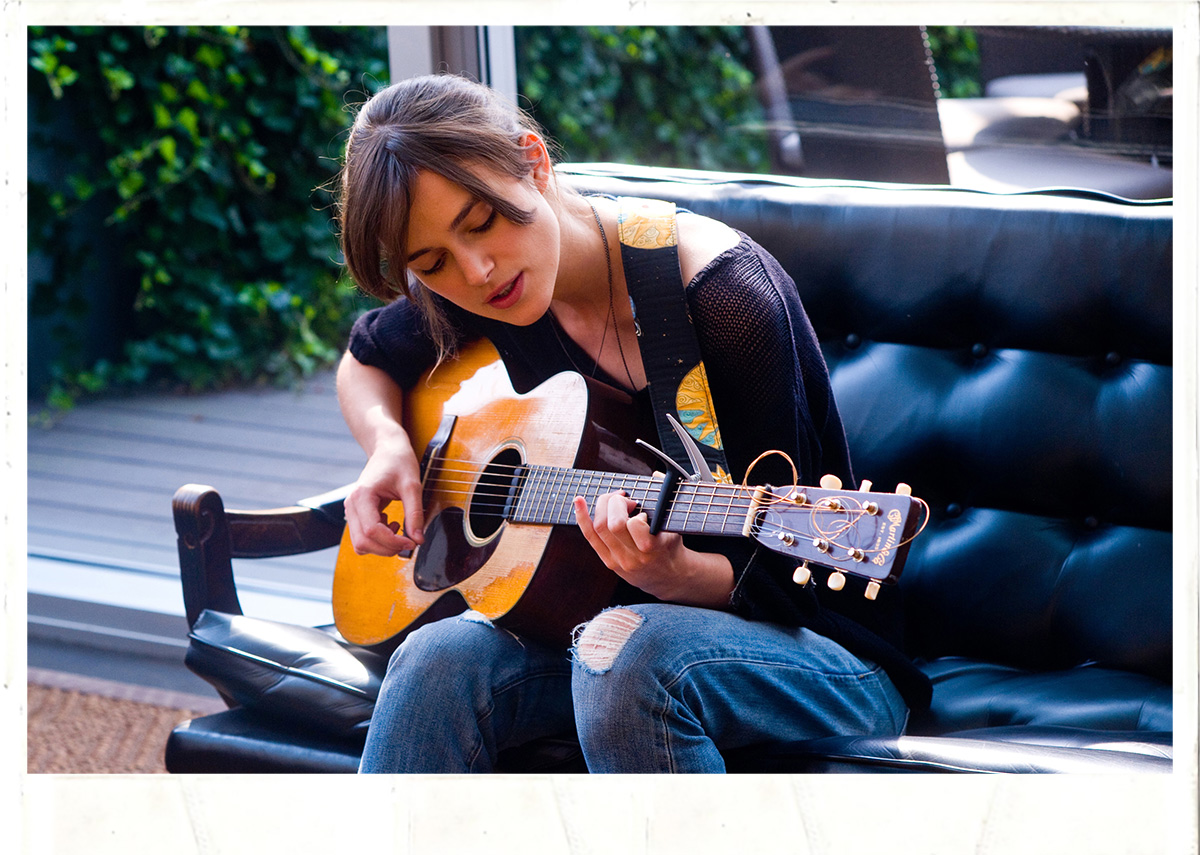